Dreary winter days are just the best time so snuggle up next to your fake fireplace and read. 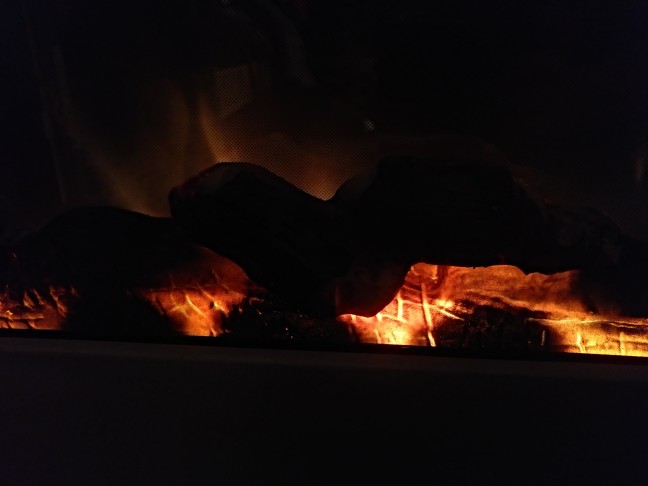 It looks real enough from a few meters away and the illuminated plastic wood imitation gives off this nice warm glow.

So grab your hot chocolates and let’s dive straight in!

The Power by Naomi Alderman is a book I really liked. Young girls all over the world suddenly develop the ability to give people electric shocks and can pass this ability on to other women. The book explores the massive upheaval of power dynamics and issues of dominance and oppression. It’s not all fun and games, but wasn’t like that before this change happened, aka now. The story is told from several points of view and all the focalizing characters are wonderfully interesting and diverse people.

Alias Grace by Margaret Atwood is a piece of historical fiction set in the 19th century and tells the story of the real Grace Marks, who came to Canada from Ireland with her family. Her mother dies on the ship and her father is a drunk and a bully who beats her and her siblings. Eventually she moves out and becomes a housemaid. She is later convicted for the murder of her employer and his mistress. The story does a marvelous job of presenting the known facts without ever giving the reader the pleasure of closure. Some characters think she is innocent, some are convinced she is insane, and others find her guilty.  The novel has also been adapted as a Netflix series and it’s really well done, too.

The Saga comic series by Brian K. Vaughan and Fiona Staples has been on my list forever. I picked it up while on holiday in San Francisco and was so taken with it, I have since bought all 8 volumes. It’s Romeo and Juliet meets Star Wars with a lot of humor within the raging intergalactic war. The artwork is simply stunning and the authors do not shy away from controversial topics. I found it incredibly beautiful, subversive and creative.

The Underwater Welder was a graphic novel I found at a second hand bookstore. I didn’t like it. Yes men have feelings and yes they should have the opportunity to explore and express them. But I am over reading the same old trope about men “finding themselves” and acting unreliably and irresponsibly in the process, while women just do the work, put in the effort and pull through all by themselves. Other critics saw the graphic novel in a more favorable light.

I picked up Crazy Rich Asians by Kevin Kwan in Singapore, where most of the story is also set. It was a fun holiday read with a lot of local flavor and color. It could have gone a bit deeper in places, but I guess the ultra rich are supposed to be shallow.

The Ministry of Moral Panic in contrast is a collection of short stories by Singaporean author Amanda Lee Koe and quite a fascinating read. I enjoyed it, despite the mainly depressing themes, because the stories are so very well written and explore the fringes of society and many taboo topics with a lot of respect for the protagonists.

The Year of Living Danishly was a more amusing read about life in Denmark from the perspective of a British woman and her husband. Each month is assigned a topic she explores in depth and she interviews friends, neighbors and random people on the street about it. It all centers around the question “Why are the Danes so happy?”.

I had picked up Visit Sunny Chernobyl by Andrew Blackwell because the title is beautifully ironic and the premise seemed intriguing: disaster tourism in the world’s most polluted places. Chernobyl is the first chapter, then the author visits some oil refineries in the US, rivers in India, the great Pacific garbage patch and so forth. The topic is insanely fascinating, but I didn’t like the author’s voice. The account is peppered with a lot of personal bits and pieces of information and while I feel for him, I don’t really see how for example his recent breakup is relevant to the topic.

Since I recently developed an interest in project management, I also read the Scrum Guide. It introduces a framework for the development of complex products andI found it really interesting. I would like to learn more about this topic. 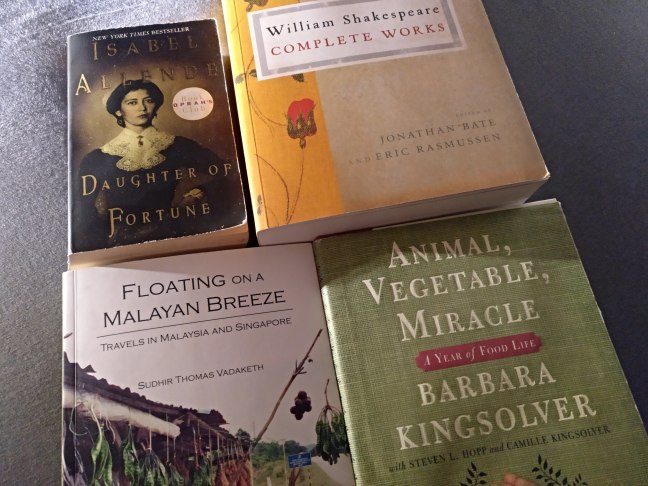 A while ago, I bought tickets for Richard III at Schauspiel Frankfurt and decided I should read the play before I see it. That was a good choice, even though it’s not an easy read.  It’s the second longest play after Hamlet! At least now I know that I prefer the comedies to the historic plays. But when I saw the performance, it was an amazing experience. That Richard is an ugly hunchback, “deformed, unfinish’d”, and cannot “strut before a wanton ambling nymph” , but most of all, he’s a real bastard.

I love books, food, wine and traveling and appreciate the good, yet simple life.

I daydream a lot, cook often, and bike everywhere.

People rarely believe me, when I call myself an introvert. I seem to function well.

I love my freedom with a capital F. I think of myself as resourceful, independent and optimistic. Friends and enemies have called me a free spirit. They are probably right.