Did you know that boglands are insanely relevant to the climate? Me neither. But I learned all about it during a week-long working holiday in the Black Moor with German nature protection organization Bergwaldprojekt. e.V. *

The combined surface area of boglands on our beautiful planet is much smaller than all wooded areas combined. Yet, the bogs store much more carbon in their peat.

If the peat decays, carbon dioxide would be released to the atmosphere, contributing to global warming. Therefore, bogs function as an important carbon sink. Draining them and selling the peat is catastrophic for the climate.  So don’t buy peat for your flower bed adventures.

What else can we do about it? Keep ’em wetlands wet!

How? Make sure the rainwater is redirected into the soil.

Basically, we were trying to recreate a type of dam that was built into the former drainage canals.

Only in a new and better and more durable version. Project leader Holger knew all about it and devised an ambitious plan for our merry group of volunteers.

I asked my friend Jana to join me for this project and we used this holiday to reconnect.

The secret ingredients for our seven constructions were oak planks, grass sods and many really long nails. 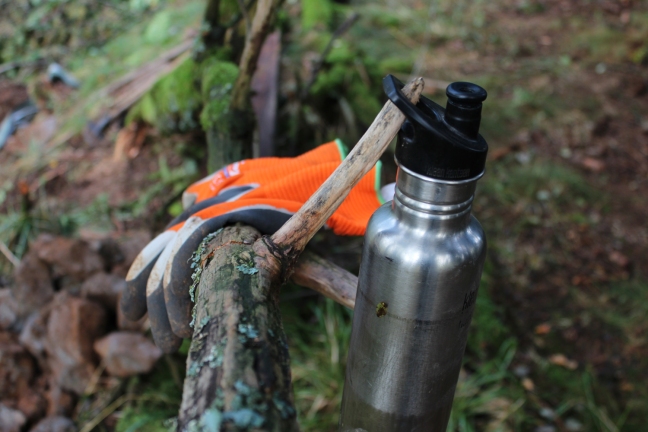 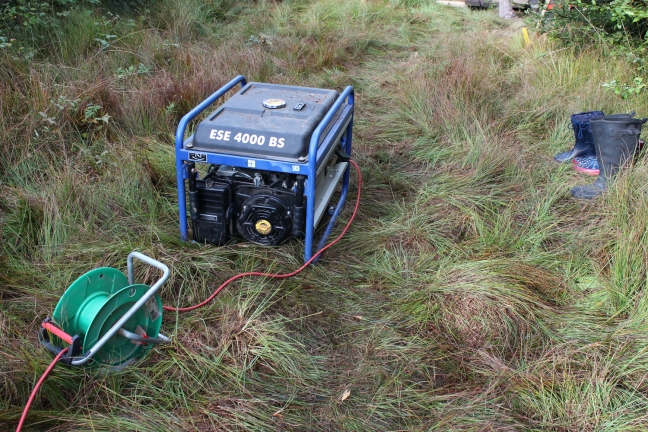 And this curious little vehicle helped us transport the really heavy things. 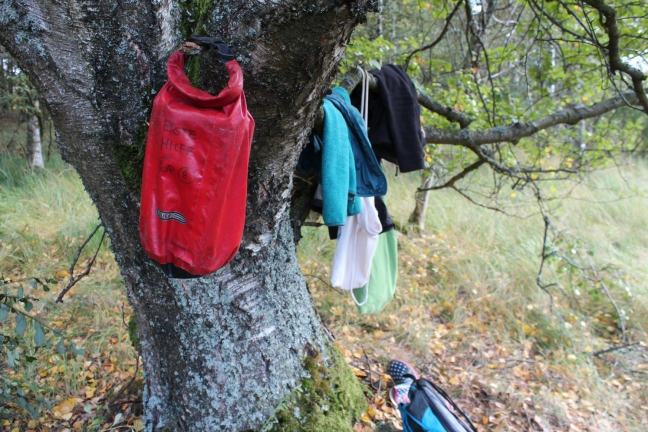 Oh, and then we did a whole lot of *serious* digging. 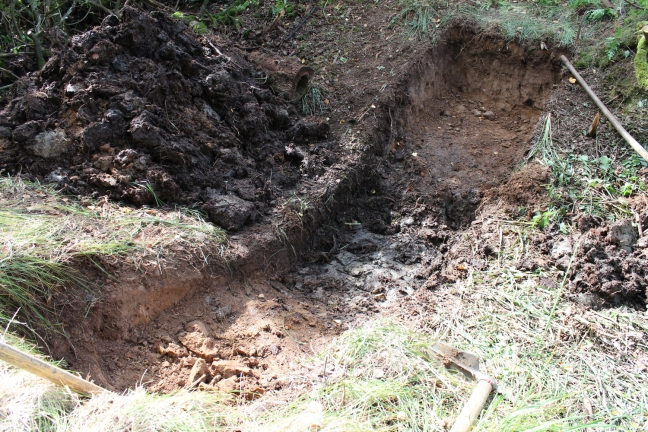 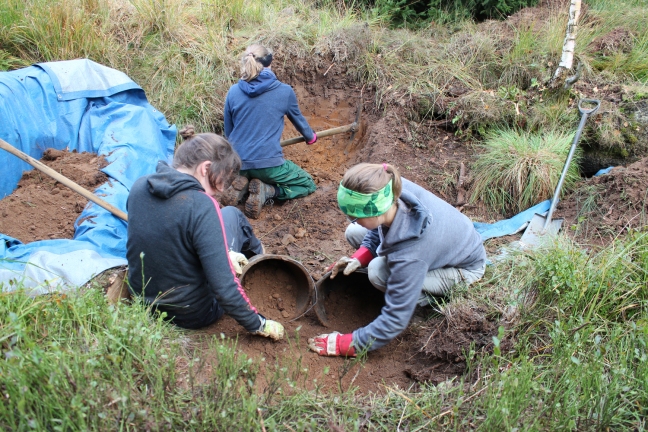 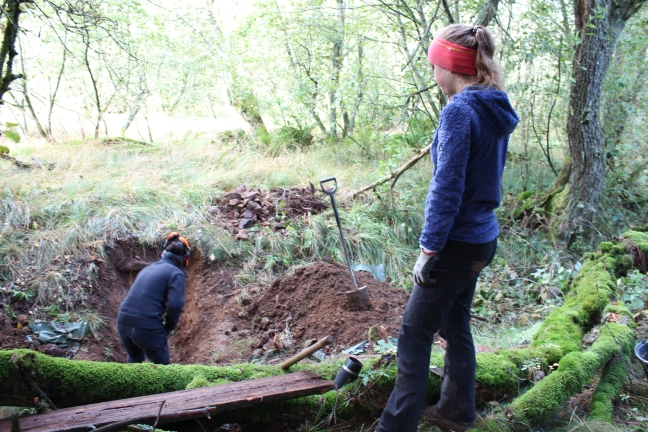 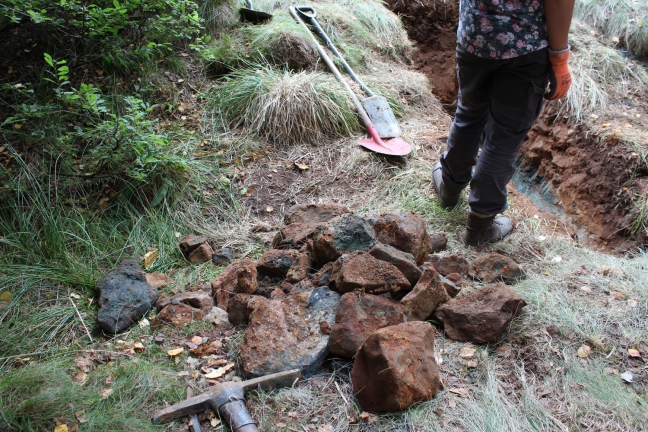 Our goal was to reach this clay-like layer, that would hold the water.

Pretty, isn’t it? We were also rewarded with some pretty cute creepy crawly visitors, such as lizards and salamanders. 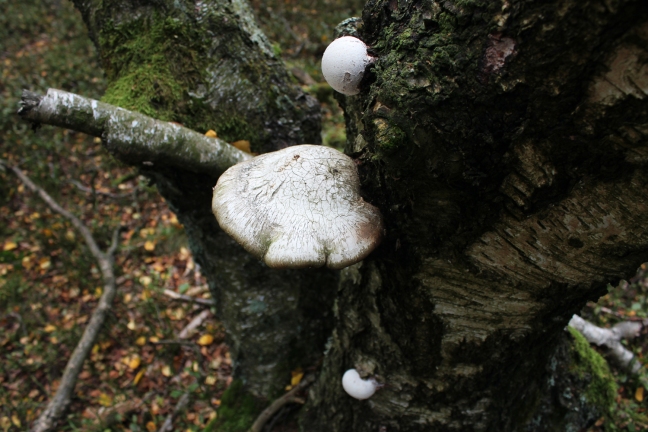 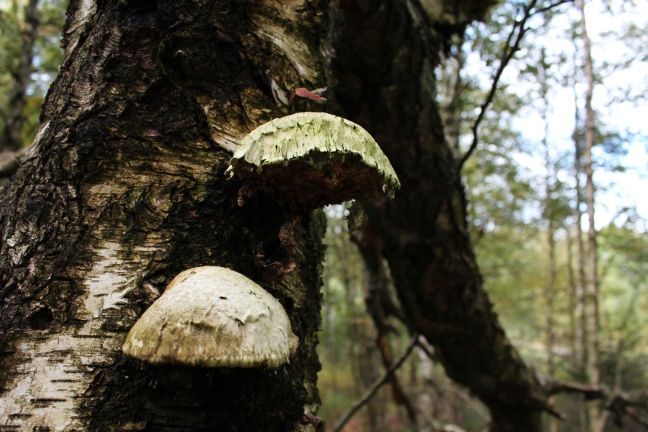 And really amazing vegetarian meals, thanks to our fabulous cook Maria! The pumpkin ragout was my personal favorite.

But the most important part of a meal is the chocolate. It is known.

AND! We didn’t only shovel dirt around. We also got to experience a bit of Rhön culture, mainly in the form of the black-faced Rhön sheep. 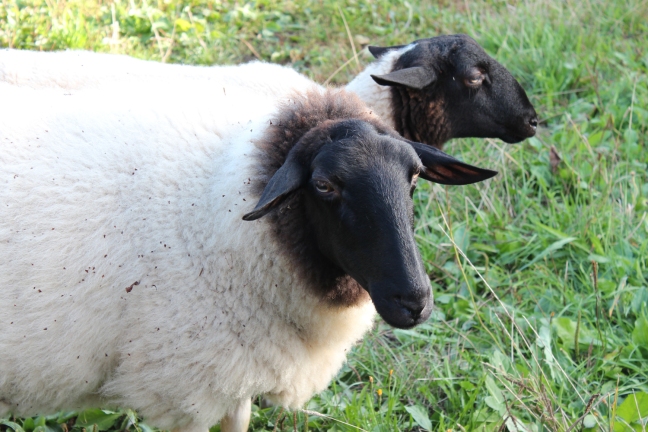 Julia, our host at the Spiegelshof, showed us her animals and told us about their history and habitat. 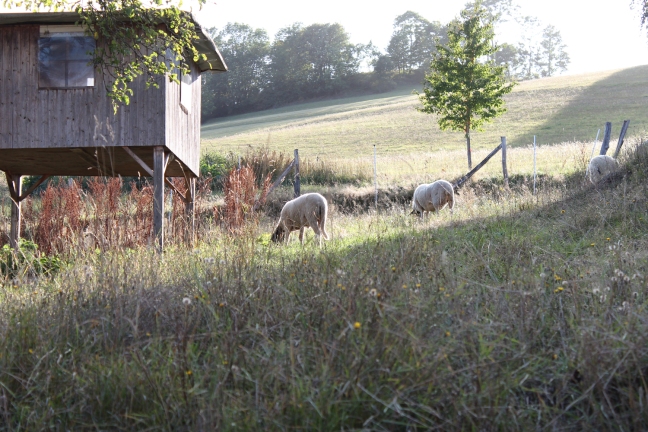 And we got to cuddle them!

As well as the adorable goats that were also part of the herd. 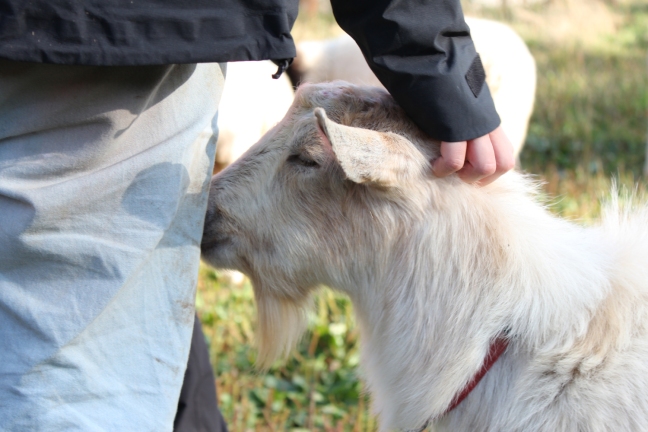 I’m not sure what these two were up to, but they were kind enough to hold the pose for a second.

After the digging phase came the actual construction: Ramming posts into the earth and nailing the oak planks to them.

This four-legged tool is also called a cat, by the way.

Some holes were pretty wet, others consisted mainly of rocks. But we managed. Carpenter and former teacher Norbert was a great asset in this regard. He took charge of the woodwork and made sure everything was made to fit just so. 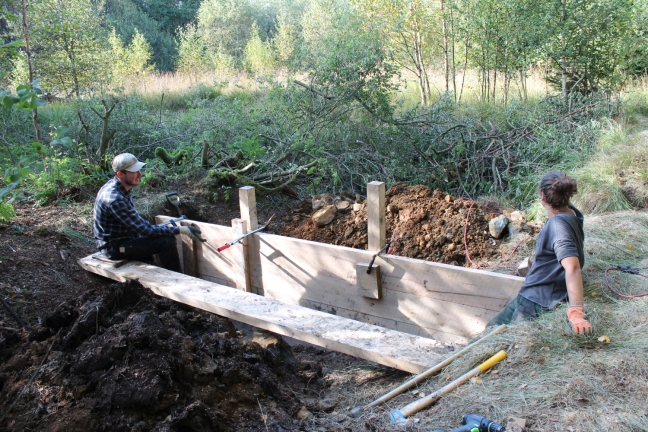 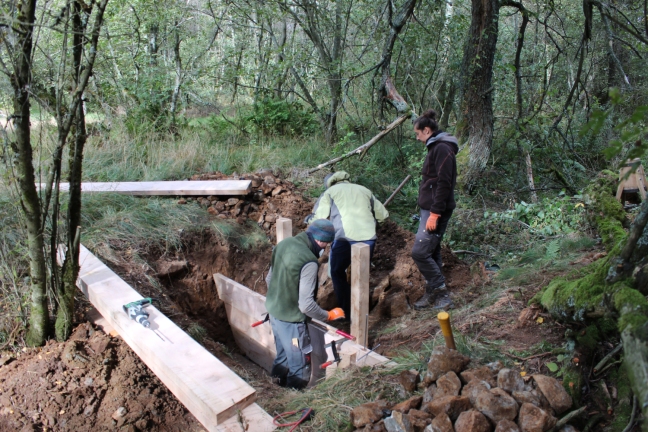 And then we had another furry visitor! This lovable puppy belongs to Thorsten, who is responsible for the protection of the Black Moor area. He came by to check in on our progress and give us a big thumbs up for our efforts. 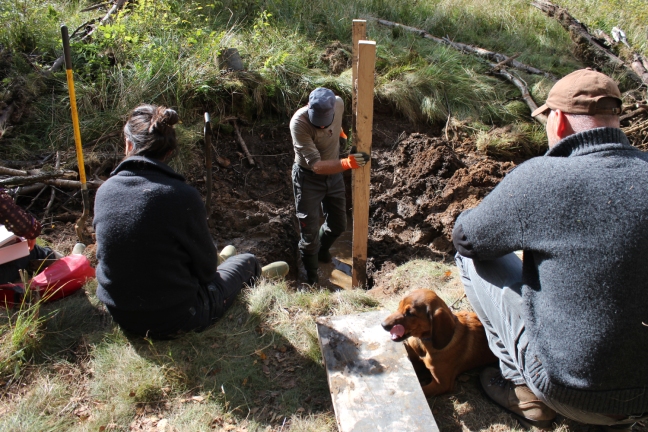 We used grass sods to seal our constructions properly. 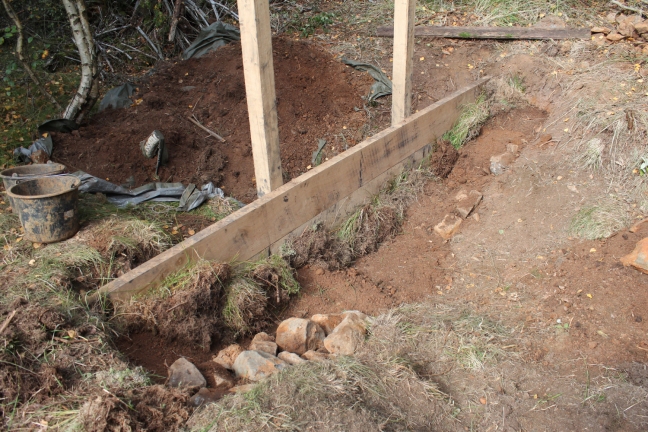 The edges were covered in clay-dirt. 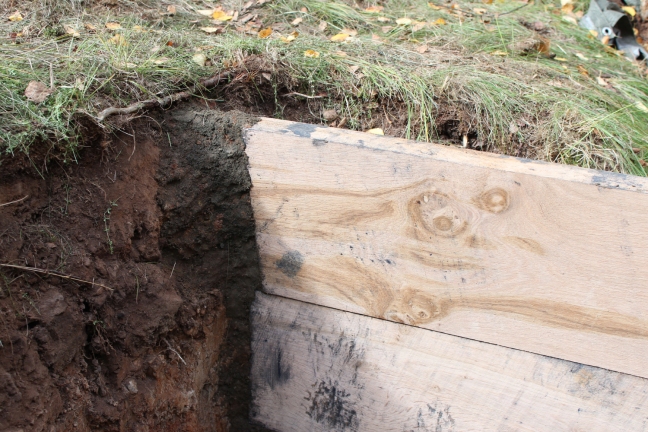 And this is the finished product! Well, one of the seven. 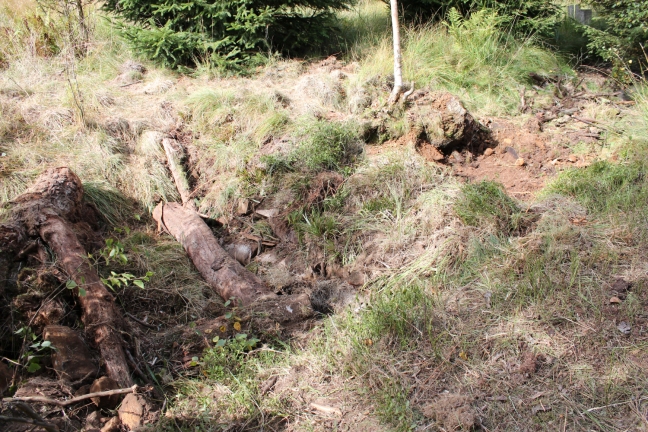 After finishing our work on Friday afternoon, we got another treat: Thorsten gave us a tour through the Black Moor, which is a part of UNESCO’s Rhön Biosphere Reserve. 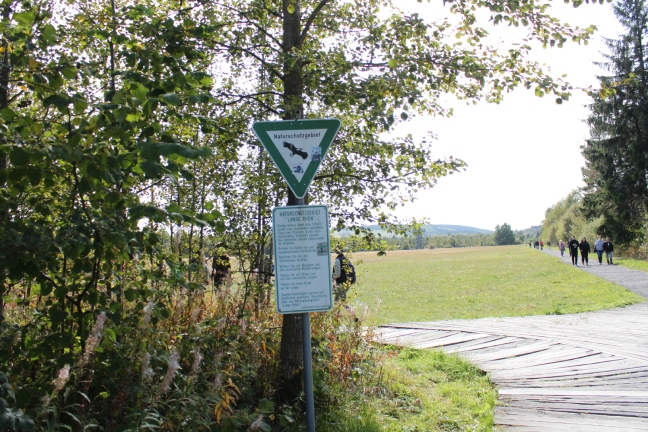 And he brought the puppy! ❤ 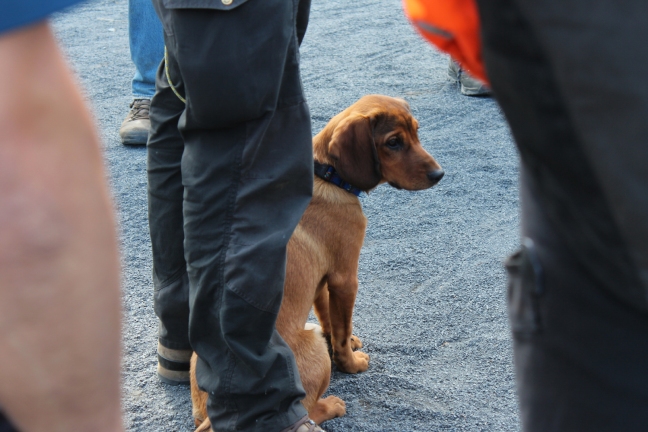 Thorsten showed us the typicals plants, such as the drosera or sun dews, the purple-leafed bog bilberry and the moss berry.

Most common are the peat mosses. 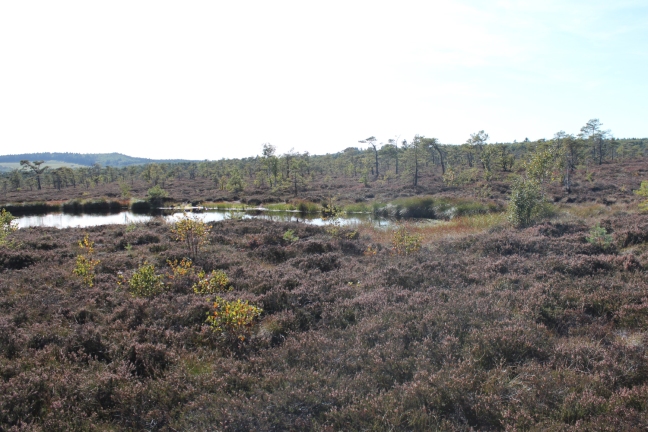 And I managed to capture a few odd-looking flowers. 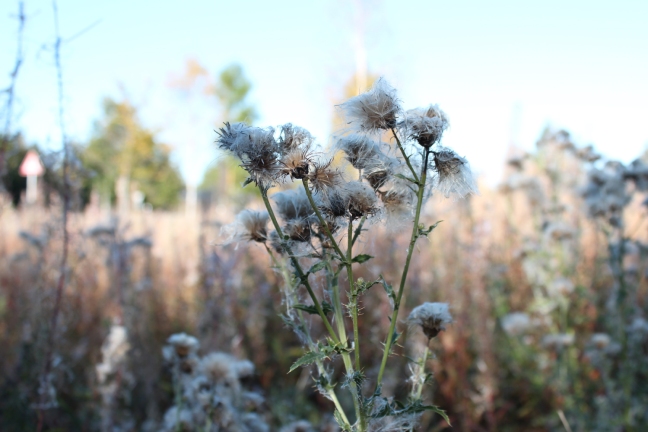 I learned a lot about the area, the climate and the regional specialties during that week. All accompanied by great conversations with the other volunteers and great food made with love. The entire experience cost me nothing but a bit of sweat.

I’m sure I’ll do another week next year and if you want to get a taste, too, check out the Bergwaldprojekt hompepage.

Upcoming events are “Neihaufeschte” and the program for 2020 will be released in December.

2 thoughts on “Into the Swamp”

People rarely believe me, when I call myself an introvert. I seem to "function" well.

Friends and enemies have called me a free spirit. They are probably right.